Over 40 bat species exist in the United States alone, and nearly 1,000 different species live around the world. They have a bad reputation and are often thought of as flying rats. Although bats are capable of spreading disease, much like rats, their existence is beneficial to humans and the environment in a way rats are not. While some bat species feed on nectar, other small mammals, fish, or, like the notorious vampire bats of South America, blood, the vast majority of bat species are insectivores and maintain a diet of night-flying insects like mosquitoes, beetles, and moths. As these insects are often pests themselves, controlled populations of bats around homes can be considered favorable.

The plain-nosed bats and the free-tailed bats are the two families of bats in Utah. The largest is the adult big free tailed bat with a wingspan of 17 inches and a weight of less than one ounce. The smallest, the adult western pipistrelle, is the size of a hummingbird and weighs 1/10 ounce. The fur color of these species is a mixture of tans, browns, rusts, and black, with some white accent.​Utah bats live in and use a variety of habitats as roost sites. These roosts may include caves and mines, tree foliage, hollow trees, cracks in rock cliffs, and buildings. Most Utah bat species are year round residents of the state that they hibernate during winter. Hibernation is a special adaptation bats use to survive cold periods when insects are not available. In late summer, bats prepare for hibernation by feeding heavily and accumulating extra body fat. Most bats are able to store enough fat to last through the hibernation period, which can last six months. In the autumn, bats seek out cool environments, where they are able to lower their body temperature, breathing, metabolism, and blood circulation to begin hibernation. If repeatedly disturbed during hibernation, the bats may starve to death before spring. Because good hibernation sites are becoming scarce, thousands of bats of several species may gather in a single cave or abandoned mine. The average life span for a bat is 10 to 20 years. Natural enemies of bats include hawks, owls, cats, raccoons, snakes, bobcats, ringtails, and weasels.

Bats make sounds that are two or three times higher than humans can hear. When the flying mammals use echolocation, humans are only sometimes able to make out very quiet clicks. Slowed down, the clicks are actually chirps with a distinct tonal progression.

Because bat tracks are very hard to spot. It is much easier to identify the presence of bats by their droppings.

Bat feces is known as guano, and many gardeners consider it one of the most potent fertilizers in the world. Bat droppings are small and dark in coloration. The elongated pellets are crumbly and turn to dust when touched. It’s effective as a fertilizer because it’s naturally packed with nutrients like nitrogen, phosphorus, and potassium, all of which can help plants grow. Also, the waste is completely natural and does not easily wash out of the soil. It can also improve dirt texture and drainage. As helpful as it is to plant life, guano should be handled carefully—preferably by a professional—since it can contain bacteria that are harmful to humans.

The damage caused by bats is related the animal’s feces, called bat guano, and the danger of rabies transmission. Bat guano has the potential to produce histoplasmosis, a fungus that forms on moist animal wastes. Histoplasmosis, when dry, forms a dust that if breathed into the lungs can cause flu-like symptoms in humans. Large concentrations of bat guano can also irritate the eyes and produce a mess. The danger of a bat can bite is not in the wound it inflicts but rather the potential to transfer a fatal disease. Pets should receive their rabies shots and these animals should not be handled because a bat will bite like other wild animals. 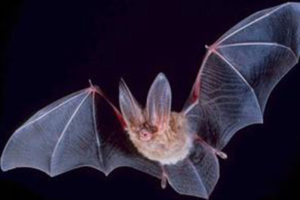 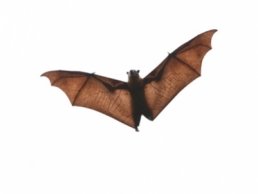